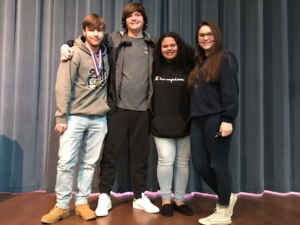 Participating schools were divided into Division I, II and III schools, based on school size or makeup. Each school’s team participated in an individual exam. The four teams with the best overall exam scores advanced to a quiz bowl-style final round. All students participated in a written competition during the morning portion of the tournament in the areas of algebra, geometry, and trigonometry, and individual honors were awarded for work done there.

This is the second consecutive year that Central has finished first in its division. The team is coached by Gayle Mills.